I'm drooling over the new MacBooks Apple announced this week. I've wanted to upgrade my MacBook to a MacBook Pro for some time (every time I run rspec or try to watch video on YouTube, the fan turns the box into a miniature jet engine) but I've been …

A few weeks ago, I discovered (via Disk Utility) that my laptop's hard drive was failing. Modern hard drives have a standardized reporting system (called S.M.A.R.T.) that produces reasonably early warnings about this sort of thing. (I wish Apple made …

So… Leopard came out on Friday. We stood in line for an hour or so at Utrecht’s A Mac. The “big unveiling” included T-shirts …

Prior to version 3 (now out of beta in Leopard), Safari was one of few mainstream browsers that didn't do anything when the user clicked on a HTML input elements label text.

Most browsers treat a label-click as an element-click – that is, they … 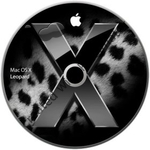 I’m starting to get extremely anxious for Apple to release Leopard, mostly because I want Spaces – Apple’s virtual desktop offering …

Despite the clunky name, I'm quite fond of my Natural Keyboard Pro. It's the only Microsoft product that I've been consistently happy with.

Now that the move is in full swing, I'm getting used to being a primarily-laptop-keyboard-guy. The other day …

Until about six years ago, I was mostly a PC/Windows/OS/2/Linux kinda guy. Around that point, I got an all-Mac job, and gradually came to see the Mac as the perfect Web development platform.

Replacing the PCs at home has taken longer, but about a month …

I want my iTV

This week, Apple announced a slew of new offerings: updated iTunes, including movies for sale, and a new vaporwarehardware product, called iTV.

Just a sliver shy of a year ago, Apple held a similar event, where they announced the video iPods and unveiled …

So, Apple has a new marketing campaign, which (ostensibly) portrays (Macs|Mac Users) as hip, young punks, and (PCs|PC Users) as square fogeys.

The "young, hip Mac" guy is Justin Long, who played:

Screenshots to the clipboard in Mac OSX

In Mac OSX you can take a screenshot that will be saved directly to your clipboard.

ctrl-shift-cmd-4 will change your cursor to a cross-hair. Drag to select a region of the screen. When you finish dragging, the image data will be saved to your clipboard …